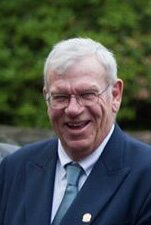 He was born August 20, 1945 in Cedar City, Utah, the eldest son of Richard and Mary (Vandenberge) Monks and was raised in North Bellmore, NY.

Richard is preceded in death by his parents and his brothers Michael and James.

He is survived by his brothers Robert (Ruth), Raymond (Dolores), John (Diane) and Thomas (Kelly) and his sisters Madeline Richez and Marie Wood (Bob), and his companion Marion Long of Freeport.

Richard was a wonderful brother and uncle. He established a small trust to help the nieces and nephews in the family with spending money while in college.  During family get togethers his input was treasured.  Richard could look at things from a different perspective.  It was always nice to hear a different point of view.

Richard was a member of the Sea-bees, a construction battalion of the US Navy, during the Vietnam War.  His unit built camps, roads and bridges.  After the war, he worked for the City of New York, Department of Public Works as a carpenter.  He retired and enjoyed life in Broad Channel.

Richard loved cruising and cruised around the world.  He enjoyed the days at sea the most.  He appreciated the variety of people that cruised with him.

Richard’s funeral mass will be held at 11 AM on August 3rd at St. Alphonsus RC Church with burial to follow at St Alphonsus Cemetery in Tupper Lake, NY.

In lieu of flowers please make a donation to the Upper Saranac Lake Foundation.